Ireland’s move to repay its IMF loans earlier than scheduled sends a very positive message regarding the country’s economic recovery. So says the Dublin MEP Brian Hayes. He believes  our reputation in the EU has dramatically improved thanks to strong economic governance and the sacrifices Irish people have made in dealing with the economic crisis. […]

The EU should compensate agri producers who are suffering as a result of the Russian trade embargo on Western products. That’s the advice from the Sinn Fein MEP Matt Carthy. The Russians introduced the trade ban as a counter measure to international sanctions over their actions in Ukraine. Mr Carthy is calling for additional funding […] 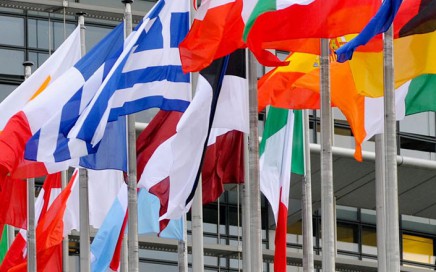 The Russian trade embargo of EU agri-goods could have an adverse effect on the Irish Agri-food sector. That’s the worry of the Sinn MEP for Ireland’s Midlands North West constituency Matt Carthy. Speaking to EuroParlRadio at the EU Parliament in Strasbourg in September Mr Carthy said Russian customers could forge long-term trade agreements with alternative […]

Interview with Liadh Ni Riada on her work as an MEP for Ireland South Constituency.

EuroParlRadio’s Karen Coleman talks to the Irish MEP Liadh Ni Riada about her new job as an MEP representing the Ireland South Constituency.

Life as an MEP is hard work that involves a twenty-four seven commitment. That’s the verdict from the new Sinn Fein MEP Liadh ni Riada. The mother of three says she had no idea the job of an MEP would be so demanding. And she admits it’s tough leaving her children behind her for her […]

Leaving kids is ‘awful’ – Ni Riada on life as an MEP

The Sinn Fein MEP Liadh Ni Riada has revealed how tough it is to leave her children at home while she goes off to work as an MEP in Brussels and Strasbourg. Ms Ni Riada – who is one of the newly elected MEPs – has three children. She represents the Ireland South Constituency. She […]

The Fine Gael MEP Deirdre Clune has slammed the decision by Aer Lingus to axe their flights from Cork to Brussels. Ms Clune says it’s essential that businesses based in the South have easy access to key hubs like Brussels by using Cork airport. The MEP for the Ireland South Constituency was speaking at the […]