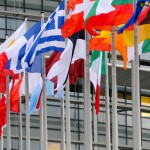 Britain’s future departure from the EU will
mean the exit of a powerful ally of Ireland’s. Over the years both the UK and Ireland have had
similar stances on some major economic issues in the EU. But with every loss comes
an opportunity. So says the Fine Gael MEP Brian Hayes who believes Ireland can
make new allies in the EU.

Out words: time ahead

The Fine Gael MEP Mairead McGuinness says
Garda clearance should be a given when vetting those being appointed to head
charities. The Midlands North-West MEP was commenting on the scandals
surrounding Console and its founder Paul Kelly. Back in 1990 Ms McGuinness
reported on Mr Kelly for an RTE consumer programme.

The Sinn Fein MEP Lynn Boylan says the
Chilcot report, which was published today, justifies putting Tony Blair on
trial for alleged war crimes. The Chilcot report found that the invasion of
Iraq in 2003 was based on “flawed intelligence and assessments” that went
unchallenged.  The report concluded that the UK chose to join the invasion of Iraq before peaceful
options for disarmament had been exhausted. And it said that military action at
that time was not a last resort. Lynn Boylan says leaders like Tony Blair need to account for their actions.

Out words: the electorate